Captures the insights of early Toyota leaders through interviews with Taiichi Ohno, Eiji Toyoda and others

There are a lot of books that describe the Toyota Production System, but most do so in a way that implies that there was a master plan to create a company-wide improvement system. But as the pioneers in The Birth of Lean explain, there was no master plan—TPS came about through experimentation, trial and error, and an evolution of ideas that shaped Toyota’s structure and management system.

This is an honest look at the origins of lean, written in the words of the people who created the system. Through interviews and annotated talks, you will hear first-person accounts of what these innovators and problem-solvers did and why they did it. You’ll read rare, personal commentaries that explain the interplay of (sometimes opposing) ideas that created a revolution in thinking.

In The Birth of Lean, you’ll get a glimpse inside the minds and thought processes of the system’s creators and innovators:

In this English translation of a previously published Japanese book, you’ll hear the words of the people who created the countermeasures that Toyota devised to address issues as they arose—countermeasures that they continue to use and adapt today. By understanding that the great minds that developed such a powerful system started with simple experiments, you’ll be encouraged to begin your own experiments and transform your organization.

Koichi Shimokawa
Koichi Shimokawa is a leading authority on the automobile industry. He is a professor in the Faculty of Business Administration at Tokai Gakuen University and a professor emeritus at Hosei University. Shimokawa was a member of Hosei University’s Faculty of Business Administration from 1969 to 1999, and he previously taught at the University of Toyama. He holds a doctorate in economics from Kyushu University and studied at the Harvard Business School for two years in the late 1970s. Shimokawa’s research on the automobile industry centers on supply- chain management in a global context, on e-business models, on cross-border alliances and mergers, and on issues and opportunities in emerging markets. Shimokawa has authored and coauthored numerous books, including Ushinawareta Junen [Japan’s Lost Decade] (Tokyo: Chuko Shinsho, 2006); Joho Kakumei to Jidosha Ryutu Inobeshon [The Information Revolution and Innovation in Automobile Distribution] (Tokyo: Bunshindo, 2000), with Takao Iwasawa; The Japanese Automobile Industry: A Business History (London: Athlone Press, 1994); and Transforming Automobile Assembly (Berlin: Springer-Verlag, 1997), with Takahiro Fujimoto and Ulrich Juergens.

Takahiro Fujimoto
Takahiro Fujimoto has been a professor in the University of Tokyo’s Graduate School of Economics since 1998 and has headed the university’s Manufacturing Management Research Center since 2003. A 1979 graduate of the University of Tokyo, Fujimoto earned a doctorate in economics from the Harvard Business School in 1989 and subsequently worked at Harvard as a researcher, as a visiting professor (1996–97), and as a senior research associate (1997). He has served as a visiting professor at the University of Lyon and as a visiting researcher at INSEAD. Fujimoto’s research centers on technology and operations management and on business administration. Among the books by Fujimoto are Product Development Performance: Strategy, Organization, and Management in the World Auto Industry (Boston: Harvard Business School Press, 1991), with Kim Clark; The Evolution of a Manufacturing System at Toyota (New York: Oxford University Press, 1999); and Competing to Be Really, Really Good (Tokyo: I-House Press, 2007).

Waku Miller
Waku Miller works as a writer and translator in Japan, where he has lived for 30 years. He has handled the Japanese-to-English translation of several books, including Takahiro Fujimoto’s Competing to Be Really, Really Good. He is translating selections from the Buddhist monk Eihei Dogen’s Shobogenzo [Insight] and is writing a biography of the Bizen potter Anjin Abe.

This book covers topics on: 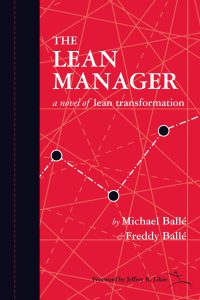 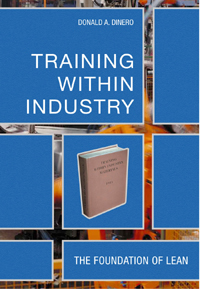